CABE is delighted to announce 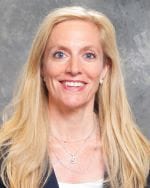 Dr. Lael Brainard took office as a member of the Board of Governors of the Federal Reserve System on June 16, 2014, to fill an unexpired term ending January 31, 2026. Prior to her appointment to the Board, Dr. Brainard served as Under Secretary of the U.S. Department of the Treasury from 2010 to 2013 and counselor to the Secretary of the Treasury in 2009. During this time, she was the U.S. representative to the G-20 Finance Deputies and G-7 Deputies and was a member of the Financial Stability Board. She received the Alexander Hamilton Award for her service.

From 2001 to 2008, Dr. Brainard was vice president and the founding director of the Global Economy and Development Program and held the Bernard L. Schwartz Chair at the Brookings Institution, where she built a new research program to address global economic challenges.

She received a BA with university honors from Wesleyan University in 1983. She received an MS and a PhD in economics in 1989 from Harvard University, where she was awarded a National Science Foundation Fellowship. She is also the recipient of a White House Fellowship. 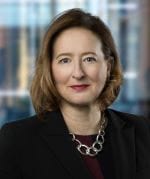 Carolyn A. Wilkins served as Senior Deputy Governor of the Bank of Canada from May 2014 to December 2020. In this capacity, she oversaw the Bank’s strategic planning and economic and financial research, including leading work on the renewal of the Bank’s monetary policy framework and digital currencies. She shared responsibility with others in the Governing Council for decisions with respect to monetary policy and financial system stability. During the COVID-19 pandemic, Ms. Wilkins oversaw the development of the Bank’s liquidity facilities and QE program.

Ms. Wilkins was heavily involved internationally as the Bank’s G20 and G7 Deputy, and a member of the Financial Stability Board (FSB). She was also a member of the International Monetary Fund’s High-Level Advisory Group on Finance and Technology and is currently part of the Group of Trustees of the Principles for Stable Capital Flows and Fair Debt Restructuring at the Institute of International Finance. She previously represented Canada on the Basel Committee on Banking Supervision (BCBS) and co-chaired the BCBS Working Group on Liquidity.

CABE provides this information as a service to our members. Materials shown in the slides and/or video have been provided with the permission of the speaker(s). All rights belong to them unless otherwise indicated. CABE is not responsible for the accuracy or content of information contained. CABE is not responsible for, and expressly disclaims all liability for, damages of any kind arising out of use, reference to, or reliance on any information contained within this website.